Behind the Sound of Look Watch promo video

Look Watch by Laipac Technology Inc. is a standalone smartwatch with cell phone connectivity, built-in SOS button, Wi-Fi, heart rate sensor and many more features. In light of their promo video release, we interviewed Ioannis Kalantzis, composer and sound designer, about conveying a message of love and peace of mind through his sound design, using some of our sound effects included in the LAUGHS library.

Let’s meet him. Hear his design philosophy, how he implemented our sounds, and what was the main concept of the project.

Thanks for taking the time to speak to us! Tell us a little bit about yourself.

Hello, thanks a lot for reaching me out. My background comes from electroacoustic music composition. My music has been performed in more than 20 countries worldwide in cities like Paris, London, New York, San Francisco, Havana, Beijing, Seoul, Sao Paulo and Sidney to mention a few. I had the honor to perform my work in prestigious festivals and conferences as the International Computer Music Conference where I was selected composer six times and I had commissioned from the Ministry of Culture of France and the Athens Concert Hall.

I have lived in France for five years where I completed my studies in composition and since 2000 I’m based in Athens. The past three years I’m doing freelancing and working on various projects for audio restoration, audio mixing, and sound design.

Regarding sound design perhaps my best moment is when I won the Sonoport sound logo competition that took place in Singapore in 2015.

Other than that I have worked on a few small projects for making sounds for mobile games and apps.

What’s your project all about – and what are some of the sound elements included?

The sounds elements I used were whooshes , water sound, switches, synthesized sounds and of course laughing sounds from your library.

The Look watch is a digital smartwatch with a lot of functions. One of its significant features to mention is that it has GPS, a fall detection and an SOS button which can be set to call a specific number for emergency. I was given the video and a music piece and the client asked me to add sound design in points that I would consider necessary.

The sounds elements I used were whooshes, water sound, switches, synthesized sounds and of course laughing sounds from your library. At the very end of the video, there is also a sound that originally comes from the switch of my photo camera processed by a GRM delay plugin.

For the water scene, I had to combine the Kayak image and the water splash that falls on the watch so I used layered tracks of river water sounds and water splashing that were glued together with reverberation from the R4 by Exponential audio which was used in general for many other sounds.

For the SOS alert button scene, my goal was to express this situation without creating any sense of fear. Thus for the alarm sound, I used a glissando sound coming from the The Riser synthesizer by AIR Instrument which creates rather an expressive sense of an alert situation. The Riser is also used at the end of the video at 1:07 for this long linear sound which is integrated with the music to give an edge on the ambiance.

A side part of the project was to create a sound logo for the animation of the device’s On/Off function. For this, I used the Loom synthesizer by AIR Instrument, Logic’s Sculpture, and the Sweep Machine by UVI.

Can you give us a little insight on how you implemented our sounds, and what was the main concept?

The implementation was straightforward and easy to use with minor edits.
The main concept of the video was to transmit a message of love and peace of mind.

Yes, I used a combination of the Laughs sound library for two scenes. The first shows a young couple and the second a group of people laughing. The implementation was straightforward and easy to use with minor edits. The main concept of the video was to transmit a message of love and peace of mind. 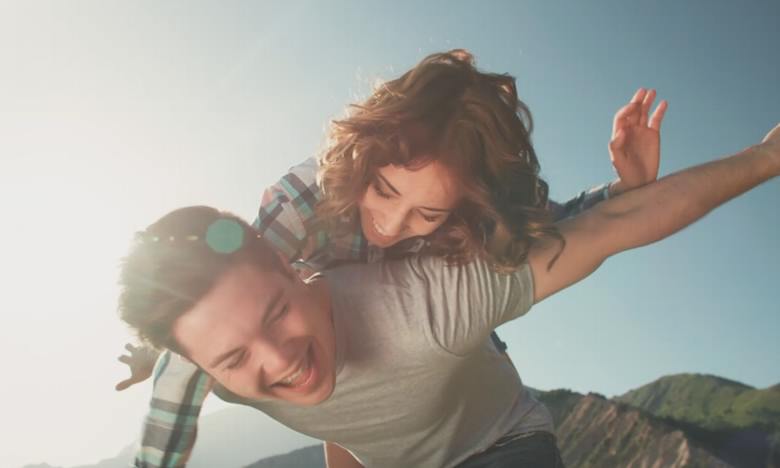 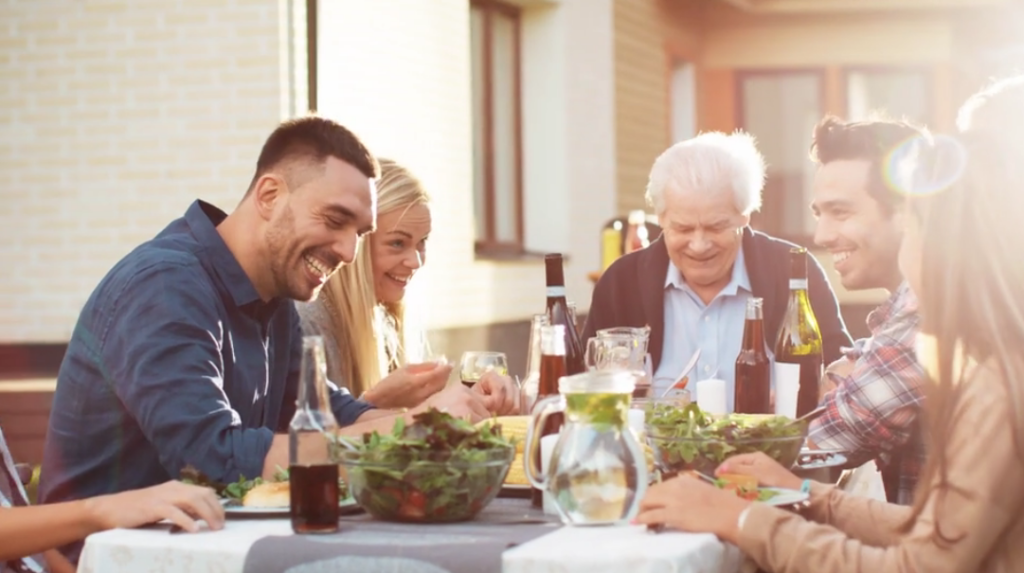 My orientation for the implementation of the laughing sounds was focused on the same concept as well. The laughing sounds were giving a natural feel so that there wasn’t any need to process or transform them, just finding the right samples from the library.

Any comments about the quality or the recorded perspective of our sounds or maybe problems you encountered during the process?

The quality of the recordings is good and clear with no external noises. I also liked the detailed classification of the different laughing categories which made the selection of the samples easy and fast. Perhaps one thing to suggest as an addition for a future update on this library is to add more samples from different persons in the individual laughs category.

Do you have any conceptual or technical tips for people designing sounds for audiovisual projects?

A good way to make the sounds and the music to coexist in an integrated way,
is to create harmonic or rhythm interaction of the sounds with the background music when possible.

One of my main principles in sound design is to express the image and make it more alive. An important aspect is to understand the main concept and aesthetics of the video. Another point for consideration is that the quantity of the sounds to be used must not exceed the balance and space of the other aspects of the video as the background music, and the images so that the viewer can have the comfort to perceive the product without any distraction. I also think a good way to make the sounds and the music to coexist in an integrated way, is to create harmonic or rhythm interaction of the sounds with the background music when possible.