The electronic based project Consciousness Federation released a four tracks EP, which wonderfully incorporates some of the sounds of our Indoor Sounds library. C.F.’s intention was a combination of real-sampled sound design, multi-layered emotional backgrounds and straightforward beats. An atmospheric, 30-minute long creation balancing between gothic and mellow scenarios driving the listener to a dark fantasy sound novel.

We reached out to Kostas Akparidis, the mastermind behind C.F, and had a chat about what drove him to compose such intriguing material, how he approached each sound and what difficulties he encountered during the process.

Kostas, thanks for your time. Really tripping tunes! Tell us a little bit about yourself and your project Consciousness Federation, mind you?

Hello there! Good talking to you.

I live in Greece and I’m an electronic composer, producing mostly psychedelic ambient and downtempo stuff.

I’ve been into electronic music since the 90s and in the late 00s I formed the Consciousness Federation project that still keeps me quite busy. I have produced 4 albums released on Synergetic records (Plusquam sublabel) and Uxmal Records (Mexico) and now I’m releasing my fourth EP called “A Disturbance in a Medium” .

What inspired you to embody recorded samples in your latest production?

My intention was to give a different tone/aesthetic in this work, more sound designed than the previous ones. Also, I wanted to generate textures and backgrounds from original and unprocessed sounds like those you are already giving in this pack. The sound effects surprises this time were used to form the emotional atmospheres and a more multi-layered sound, if you like. The sounds I found in your library Indoor Sounds instantly got my attention, so I immediately decided to give it a try and experiment with every sound I could.

Can you give us a little insight on your creative process and what was the main concept behind this experimentation?

I used many plugins from my VST quiver like stretching and frequency shifting tools, effect chains or even vocoders. Some sounds, for example, like the sample from a lighter you’ve got, needed just equalizing, in order to produce a smooth hi-hat. Others, like the decorative lamb sound, dealt differently, as a peculiar musical instrument somehow. Pitched down, passed through delays, reverbs and morph tools. Overall, I wanted to use your samples as a lead in my music. A story to tell, like vocal lines.

However, the tough part I encountered was to embody them as much naturally as I could in the overall production. Merging electronic structures with original, everyday sounds is surely a tricky thing to consider. 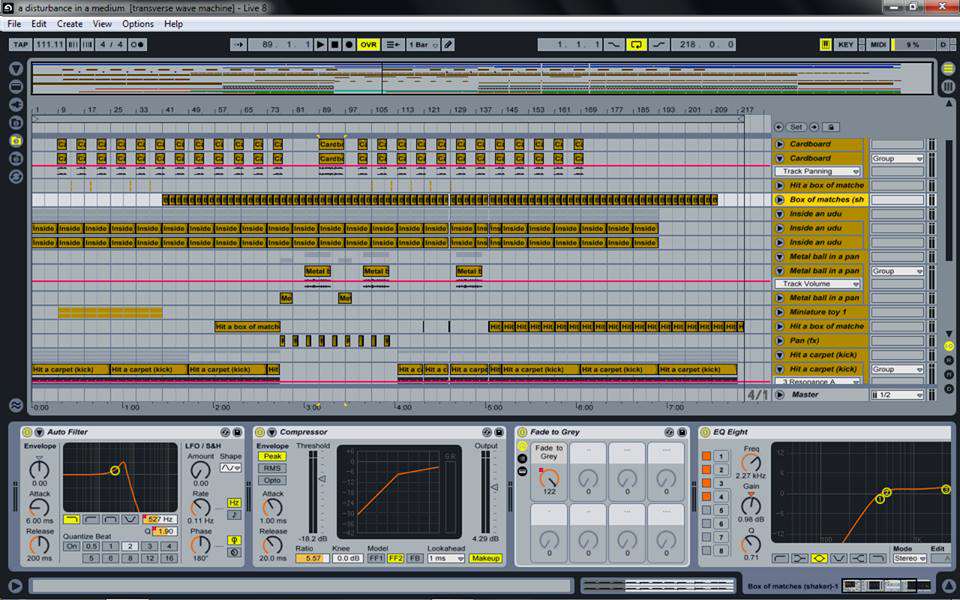 The quality was exceptional so I was confident enough that this sound would be my starting point.

From of all the sounds you used from INDOOR SOUNDS collection which one was your favourite or most intriguing and why?

I was amazed by the sound of the squeezing ping pong ball on the pan surface! It was a blast for me! The quality was exceptional so I was confident enough that this sound would be my starting point. I’ve made several versions of it, and every time I came up with a completely different scenario. It had so much to give. Other intriguing sounds were the Cardboard sample, the Metal Ball in a Pan sample, the Hit a Carpet sample and Miniature toy 1 sample that came to be part of the rhythmic section in most of my tracks in the album. Generally, I preferred the most musical sounds, the ones that inspired me to use as a starting point.

Any comments about the quality or the recorded perspective of the sounds included in INDOORS SOUNDS pack or maybe problems you encountered during the process?

The quality, even for a 44.1/16bit, was great. So well recorded that you had an “in your face” effect for every sound.

The quality, even for a 44.1/16bit, was great. So well recorded that you had an “in your face” effect for every sound. A kind of shock feeling that I tried to give in this production. Of course, the higher resolution the better 🙂 It’s definitely working well, with all the manipulation you might want to do.

Can we expect new Consciousness Federation tracks like these soon?

Well, this is a new compositional perspective/territory for me, so I think i will continue to experiment with sound effects for a while. Any intriguing library from you in the near future? 🙂

Any tips, hints or motivational words for the readers?

These are the variables of my coordinate system I try always to follow:
Create, explore, expand. In music, in life, in everything.

This website uses cookies to improve your experience while you navigate through the website. Out of these, the cookies that are categorized as necessary are stored on your browser as they are essential for the working of basic functionalities of the website. We also use third-party cookies that help us analyze and understand how you use this website. These cookies will be stored in your browser only with your consent. You also have the option to opt-out of these cookies. But opting out of some of these cookies may affect your browsing experience.
Necessary Always Enabled

Any cookies that may not be particularly necessary for the website to function and is used specifically to collect user personal data via analytics, ads, other embedded contents are termed as non-necessary cookies. It is mandatory to procure user consent prior to running these cookies on your website.